The Science Behind Zobria® 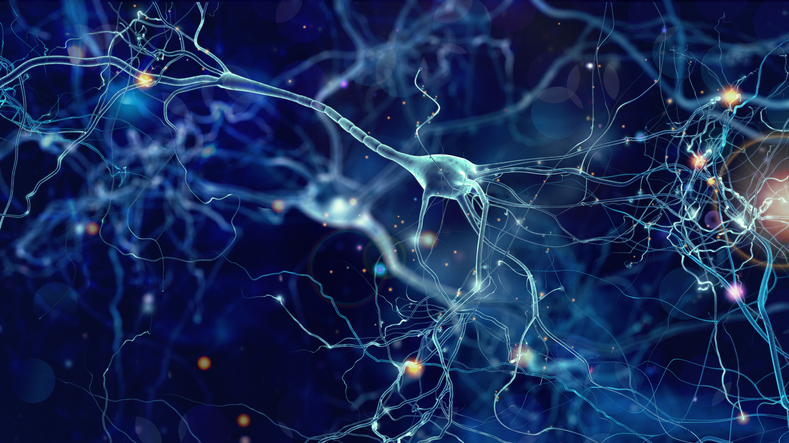 Vitamin B1, also known as thiamine, is essential for the functioning of the key enzymes pyruvate dehydrogenase and α-ketoglutarate dehydrogenase involved in the metabolic pathways that produce cellular energy via the production of ATP in the mitochondria. Deficiency of vitamin B1 results in decreased energy availability with subsequent impaired cellular function.

Nerve cells, also known as neurons, have very high rates of metabolism compared to other cell types. As a consequence, neurons are very sensitive to decreased levels of ATP production, a process that is dependent on adequate levels of vitamin B1. Decreased vitamin B1 levels disrupt the ability of neurons to perform their primary function, the conduction action potentials. In the central nervous system–the brain and spinal cord–this deficiency often manifests itself clinically as decreased mental acuity. In the peripheral nervous system–the nerves that run from the central nervous system to the arms, legs, torso, and face–this deficiency often manifests itself as impaired sensations such as numbness, burning, tingling, and nerve pain. As such, vitamin B1 deficiency should be suspected in anyone exhibiting these symptoms.

Vitamin B1 deficiency is more common than is generally recognized. For example, diabetics have been shown to urinate out their vitamin B1 at a rate 16 or more times that of nondiabetics. As a consequence, vitamin B1 deficiency is thought to be highly prevalent among the estimated 35 million diabetics in the US. Other groups of people at increased risk of vitamin B1 deficiency include the elderly, people with a history of alcohol abuse, and people taking certain medications. It is therefore not surprising that numbness, tingling, burning, and nerve pain are common in these groups.

Benfotiamine, the key ingredient in Zobria®, is a fat-soluble form of vitamin B1. It is absorbed much more successfully than dietary vitamin B1 or standard vitamin B1 pills. The lipid composition of the intestinal lining allows benfotiamine to be absorbed by passive diffusion.  This process is independent of thiamine transporters and is highly efficient. As a result, benfotiamine has been shown to elevate vitamin B1 levels more successfully than any other commercially available product. Many people feel the effects of improved nerve function–improved sensation and decreased pain in the feet and legs–in as little as 30 days. Benfotiamine has been used to reverse vitamin B1 deficiency since the early 1960s. It is extremely safe and very well studied.  It is an ideal agent for reversing nerve dysfunction due to vitamin B1 deficiency.

In addition to benfotiamine, Zobria® contains methylcobalamin–the most desirable form of vitamin B12. Vitamin B12 deficiency is often associated with nerve dysfunction.

Oshare Health Products, the maker of Zobria®, is always happy to help. We look forward to addressing your questions and discussing the benefits of Zobria®. Please send us a message or give us a call! Our customer service professionals are available M-F 9am to 5pm ET. Hablamos Español.

*These statements have not been evaluated by the Food and Drug Administration. This product is not intended to diagnose, treat, cure, or prevent any disease.

Proudly Made in The USA
60 Day Money Back Guarantee

Do you experience numbness, tingling, burning, and pain in your feet and legs?You may have LowB1.

Join our e-newsletter and receive 20% off your next order.

PLUS—we'll keep you up to date on our latest offers, and important information about LowB1.